ABOUT MEMENTO MORI The macabre Czech masterpiece known as the Sedlec Ossuary (near Kutna Hora) is one of twelve World Heritage Sites in the Czech Republic. It is estimated to contain the skeletons of between 40,000 and 70,000 people, whose bones were artistically arranged by Frantisek Rint to form chapel decorations in 1870. Maxim Velčovský pays homage to Rint’s actual bone chandeliers by imprinting their shapes into a glass form. The Latin phrase Memento Mori, reminding us to ‘remember death,’ became the essence of this object. It symbolizes birth and death as well as the disappearing crafts that are passed from generation to generation in Europe. Small parts are made by glass pressing, large parts are hand-blown and the chains created by small “bones” paraphrase the “immortal” classical chandeliers. 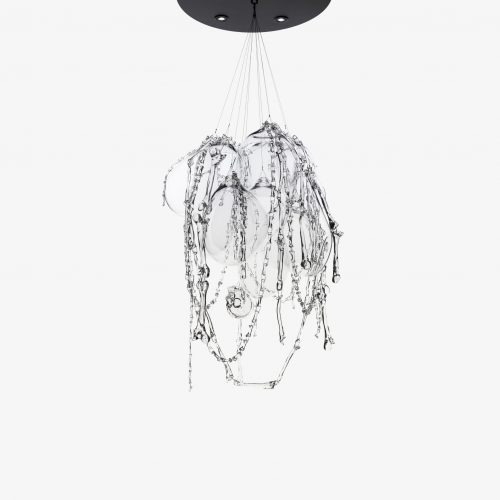 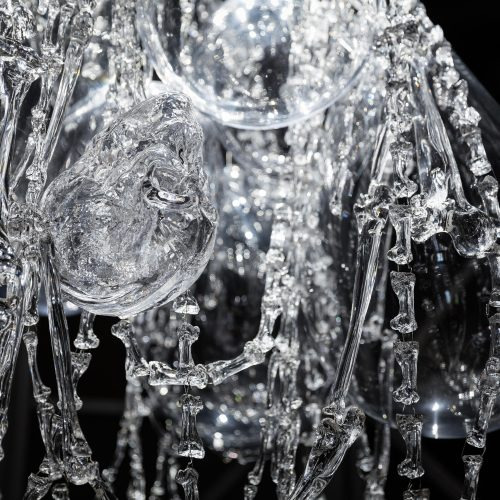 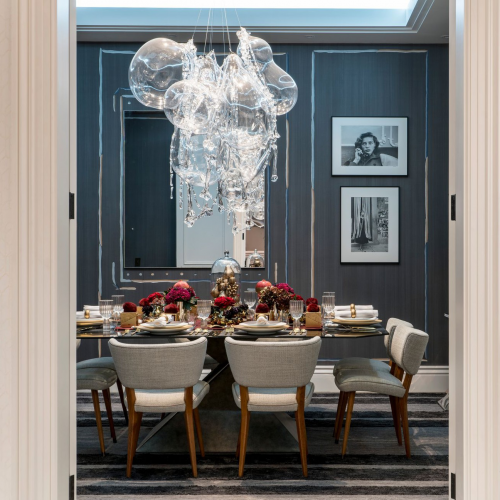 has been added yo your cart